Sarasota Memorial Hospital's new Courtyard Tower is seen in this March 11, 2013 photo. Three of the nine floors within the new tower will be dedicated to newborn delivery and infant care, including Labor and Delivery, Mother and Baby and the Neonatal Intensive Care Unit. (3.11.2013)(Herald-Tribune photo by Elaine Litherland) 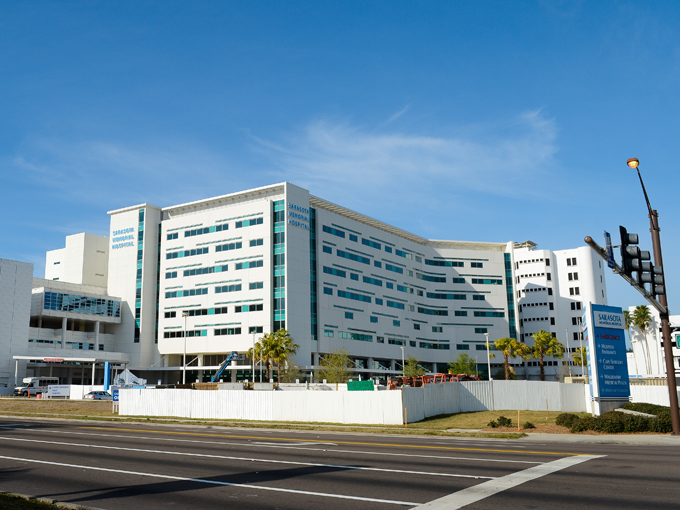 In an update this week to the closely watched star ratings on the federal government’s Hospital Compare website, Sarasota Memorial Hospital held onto the highest-tier ranking it received in July — as one of 111 hospitals nationwide and the only one in Florida with an overall five stars this time around.

The official U.S. site Medicare.gov offers the scores to help patients compare hospitals when planning medical procedures. The rankings of 4,818 hospitals are derived from data sets refreshed quarterly that track dozens of measures of health care quality, including readmission rates, patient safety, mortality rates and patient experience. Other private hospital rating systems abound, most of them relying on the same information collected by Medicare but with different ways of interpreting the data.

Also this week, patients covered by UnitedHealthcare’s Medicare Advantage program gained access to Sarasota Memorial’s medical practice of more than 100 doctors. The First Physicians Group of Sarasota is now part of that insurance plan’s network, according to a statement from United.